Neighboring Boulder might steal a lot of the spotlight as a trail running mecca, but The Mile-High City is one of the top running towns in the country, too. Denver boasts 300 days of sunshine, friendly neighborhoods, breathtaking views to the west, and easy access to paved and dirt trails literally out the back door. It's also renowned for its gorgeous urban parks and trail systems that spider out from downtown following the rivers, creeks, and canals that helped build this great city.

These trails provide an excellent option to pounding pavement, without leaving the city (with the exception of one). Sure, you may have to cross some roads to get there, and some of these groovy jaunts give you the option to pound the bike path as well, but rest assured you’ve got plenty of dirt to dig without having to go far.

Yes, trail running is legitimate at Denver’s Wash Park, and some even say “jogging” in Denver was born here in the early 1970s. A flat, 2.6-mile dirt trail (adjacent to a paved trail) encircles 155 acres of fields and gently wooded spaces with two ponds, tennis courts, basketball courts and a fitness course. It’s extremely dog friendly (as long as they are leashed) and you’ll see many outdoor group fitness classes training in the mornings and evening, as well as a major volleyball contingent. Just don’t expect to get a lot of alone time here, as it’s a splendidly social running scene.

Wash Park is at the intersection of Downing and Louisiana on the northwest corner, where you’ll find plenty of street parking.

All of these urban gems are widely known for both road running and bicycling, but they bear mentioning as three of the best trail runs near downtown Denver as well.

Accessible from almost anywhere in the city, Cherry Creek Trail runs from downtown at Confluence Park (the confluence with the South Platte River) for 40 miles all the way out to Cherry Creek Reservoir. Any ultra runners out there can then do a lap around trails in lovely Cherry Creek Reservoir State Park, a major trail running destination on its own, before heading back into town.

Beginning at Confluence Park, you can run the Platte River Trail either north or south: Both directions feature a dirt track adjacent to the bike path. You can also run all the way to Chatfield Reservoir south of the city for beautiful open spaces and views. Note that the Platte River Trail becomes the Mary Carter Greenway past West Dartmouth Avenue, where you’ll have even more peaceful views.

Turn around at Chatfield State Park, and you'll have 30 miles to run (should you want to go that far) north to where the South Platte River meets Clear Creek. Clear Creek Trail, which is also a bike path with plenty of quality dirt track, leads all the way to Golden. Be sure and catch the left hand turn past the Sand Creek Trail turnoff just after the bridge.

All three of these offer trails runners a sense of nature as well as adventure in the heart of Denver. They're not exactly hidden gems, but at times you’ll find more solitude than you'd expect, along with wildlife and the sound of waters rushing alongside.

The High Line was completed in 1883 and is designated a National Landmark Trail, a true in-town treasure. The High Line Canal stretches 66 miles through Denver, allowing any variety of distances. To get there, make your way to Mamie D. Eisenhower Park, roughly in the middle of this historic pathway that runs from Cherry Creek to Chatfield Reservoir.

Head south through Magna Park, Three Pond Park, and Dahila Hollow Park and continue to the Marjorie Perry Nature Preserve. Or, head north and wind through the University Hills and Cherry Creek neighborhoods. (Burs on the trail can get stuck in your dog’s paws and fur and in your shoelaces, so look out for this common occurrence at any disturbed/regrowth area like a canal trail.)

A short drive up I-70 (about 30 miles) brings you to the old-school mountain town of Evergreen and the Alderfer/Three Sisters Park. This once-working ranch now offers 15 miles of trails for trail running, hiking, biking and a bouldering area.

The winding collection of trails can be a bit confusing. A good place to begin is at the East Trailhead, where you can choose from six intertwining trails, from a moderate 3-mile run or a more aggressive 15-mile trek. Like most foothills runs, expect wildflowers, wildlife, and sunshine.

When you’re done dusting up the trail, head back into historic downtown Evergreen to visit the famed Little Bear, a dusty biker bar with decades of bras strung from the ceiling.

Always a classic and within easy distance of downtown, Mathews/Winters Park, nestled alongside Red Rocks Park and amphitheater, is a must do for locals and out-of-towners alike. Just off I-70, it offers an escape from the hustle and bustle of downtown Denver.

Take the first right into the well-marked parking lot, where you can stretch and ensure your water is full and sunscreen is on, because once you cross the stream, it’s a pretty exposed run. The path quickly connects with Red Rocks Trail; run it to the end and return back along the Morrison Slide Trail to check off 6.5 miles. Beware of rattlesnakes and signs indicating usage for bikes and horses.

Right down the street from this trail-running mecca is the Apex Trail, accessed from the Heritage Square parking lot off Highway 93 just north of I-70. 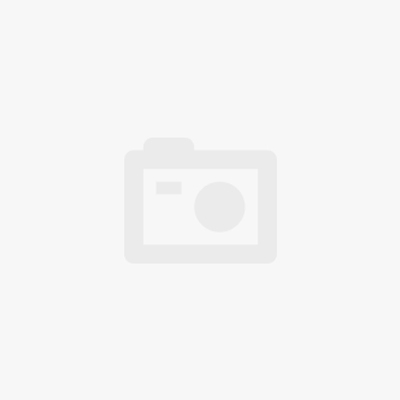